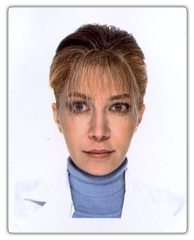 Dr Saba Sayah is a member of the World Chiropractic Alliance and of the Associazione Italiana Chiropratici.

Having graduated from Boston University, Dr. Saba-Sayah attended a course in Bologna established by the American chiropractor Dr. Hans Greissing.

Having obtained official recognition of her American qualifications by the Italian Ministry of Health, in 2007 she opened a Clinic in Milan

Dr Nassim Saba-Sayah was the first chiropractor to introduce the new atlas chiropractic technique (A.O.) to Italy (together with its precision instrument), and indeed was invited to describe the technique at two seminars (10-11 May 2007, Università degli Studi di Milano/Ospedale San Paolo, and 30 November 2007, Assago-Milanofiori Conference Center), and in the publication by Prof. R. Ciancaglini “Gnatologia e dolori oro-facciali” (Elsevier-Masson 2007).

Being greatly interested in occlusion and postural disorders, she then conducted further studies in this area through specific courses organized by the Accademia Italiana di Kinesiografia ed Elettromiografia Cranio Mandibolare.

Meanwhile, in January 2007 the atlas chiropractic technique (A.O.) (a technique involving the upper cervical spine for treating localized and widespread pain) was strongly advocated by the “Journal of Human Hypertension” (as reported in the Italian Corriere della Sera broadsheet on 29.4.07) for the excellent results achieved in treating hypertension. The results of another research project had previously been published in the “Journal of Whiplash & related disorders”, Vol.5(1) 2006 (Med-Index Journal), reporting the beneficial results of the atlas chiropractic technique (A.O.) on neck pain following motor vehicle accidents.

It is also important to note that the Degree in Chiropractic was recognized in Italy under the 2008 Finance Act (article2, paragraph 335). To quote the note accompanying the article, this law states that “Graduates in Chiropractic earn the title of Doctor and carry out their duties (…) in their capacity as primary health care professionals (….)”, thus essentially adopting the North American model, which distinguishes Specialists according to their specific therapeutic domain.